Dear Firstname,
Welcome to the seventh edition of the GenoPro Newsletter.  If you missed our previous newsletters they are available online.

Is GenoPro available in my language?

GenoPro is now available in 20 languages.  During the past weeks, more than 100 users contributed to the translation (localization) of GenoPro.  The list below represents the languages bundled with our latest update: 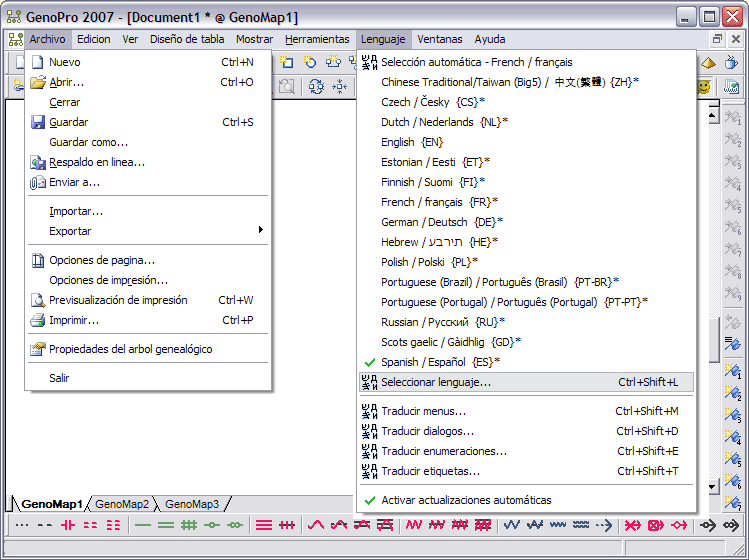 We recommend downloading and installing the latest update of GenoPro 2007 from https://www.genopro.com/InstallGenoPro.exe.  This update has many fixes, including a fix where the image of a family tree may be clipped if pasted into another application such as a clipart program, word processor or presentation software. 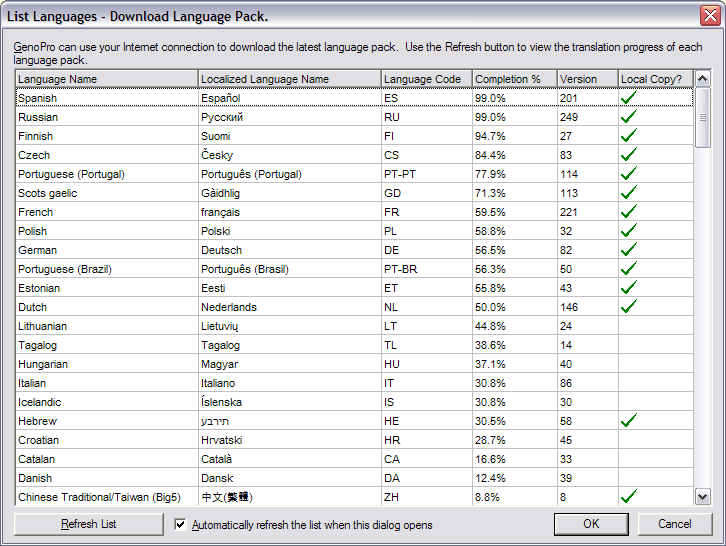 Translating GenoPro in my local language

Translating GenoPro in a foreign language is easy.  GenoPro has a build-in collaboration module allowing everyone to contribute to the localization of GenoPro.  You are welcome to contribute by correcting typos or translating blank values. 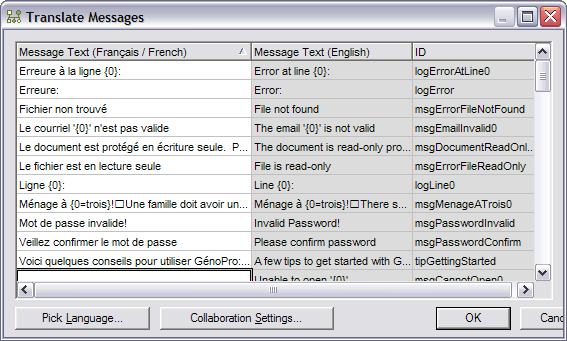 Vote for your language

Understanding the Mysteries of our Genograms: The example of Pope John Paul II

Born in Wadowice, Poland, Pope John Paul II was one of our most extraordinarily dedicated popes, and one especially loved by Polish Catholics for what he did for his countrymen. Exploration of some of the hidden mysteries of his genogram may help us understand his spiritual dedication and his contribution to the collapse of communism in Eastern Europe during his reign as Pope. Examining genograms for the often overlooked legacies of untimely loss, and cultural dynamics that intersect with family history may help us to understand a person’s role and character. In Pope John Paul’s case, untimely losses traumatized his family for at least two generations, including the loss of both of his siblings, and his parents’ early loss of both of their mothers and several siblings.

John Paul’s mother, Emilia Kaczorowski, lost her own mother when she was 13 years old. From that time on she shared in the care of her siblings, four of whom died before reaching the age of 30. It appears that these early losses shaped her psyche, as she was afterward said to be of “delicate health,” “melancholy” temperament, and “very religious” (a common outcome of being faced with the mystery of death at such an early age). 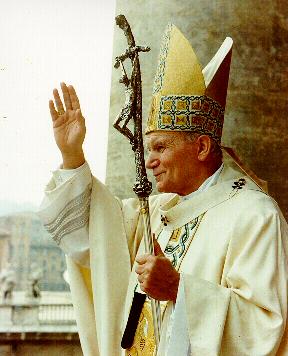 One of the aspects of genograms we look at most closely is how the mysteries of one person’s genogram intersect with the mysteries in the genogram of the partner they choose to marry. As a young adult, Emilia met Karol Wojtyla, a pious and serious Lieutenant in the Polish Army, while lighting candles and praying in their local church; their spiritual connection was present from the start. She was apparently drawn to his steady character, seriousness, self-discipline, and strength. But perhaps at a deeper level their connection was forged on a common history of pain and loss. Karol too had experienced the tragic loss of his mother when he was just three years old, and his own father would later die when their son was only three years old.

Emilia and Karol were married in 1904. Surely they hoped they were leaving their history of tragic loss behind them as they bore a beautiful, healthy, and delightful son, Edmund, in 1906. He was “bright, handsome, athletic, even-tempered, and helpful.” (Bernstein & Politi, p19).

They had no more children as far as is known until 1914 when a daughter was born, whom they was named Olga, after Emilia’s favorite sister who had died at age 22. Here is one of the most intriguing aspects of exploring the mysteries of genograms. We always look for gaps in information to help us raise questions about what information might be missing. Missing information often relates to traumas that people try to leave out of their stories. When looking at this family’s genogram, we see that the couple had no other children during that 10 year period, an uncommon pattern for this time. Were there perhaps other pregnancies which resulted in miscarriage, stillbirth or early childhood death? We do not know for sure, but it seems likely that there were other pregnancies and losses during those years. If so, how was the couple affected by this series of untimely loss? 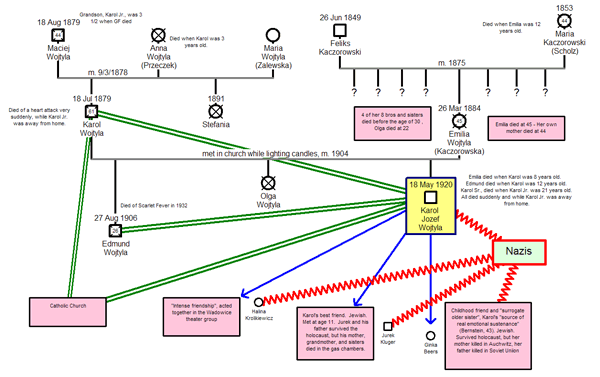